Prologue: The Battle of the Five Armies

“Legolas run” said Tauriel “No I’m not leaving you” He said back “An army of orcs are coming go” Finally he ran but he saw that Tauriel was being hurt he grabbed his bow and fought the orcs and ran away to see that his father had been taken away. Everyone had had high expectations for Legolas to be a good leader.

“Legolas wake up” said Aragorn “Were in Lothorien” When Lady Galadriel came she was impressed by Legolas for his polite manner and cunningness she gave him a Galadrhim Bow.

Chapter 2: The Fall of Boromir

When they left they were straight away chased by Black Riders Followers of Sauron When Gandalf died they were defenseless. But Legolas used his bow to hit one of the black riders but it was too late. Boromir was gone, Aragorn and Legolas sang a Middle Earth song for all the fallen warriors.

When the fellowship was apart Legolas, Aragorn and Gimli set off to look for help.  Finally they saw a light and there was Gandalf but now he was called Gandalf the White “Gandalf” Legolas cried “Hello Legolas son of Thranduil” He said back “You’re journey is not over KEEP MOVING” Legolas finally said “There is Mordor  me and Gimli’s job is done we will sail to wherever we want to go blow this horn for help until then folks” 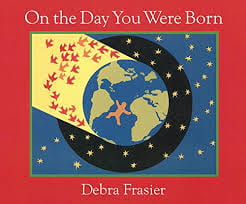 On the Day You Were Born

New York has many sights to see. It has a huge city, New York, New York that has many attractions including theater, Central Park, Time Square and the Brooklyn Bridge. You might even see a celebrity if you are lucky like Lin Manuel Miranda. Although most people think that New York is all manmade it also has many Natural wonders such as Niagara Falls and Whiteface mountain. There is also a lot of history in New York like the Statue of Liberty on Ellis Island. There has also been a lot of famous business tycoons like John D. Rockefeller. 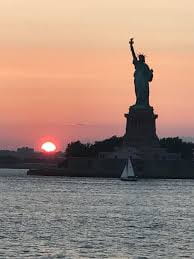 The Statue of Liberty was a gift from France brought on July Fourth, 1886, Where it was reconstructed on Ellis Island. The Statue is a symbol of Freedom to the United States. It is 305′ tall and there are 154 steps from the Pedestal  to the head of the statue. More People Visit the Statue of liberty each year than the London Eye. This statue was very hard to construct though it took 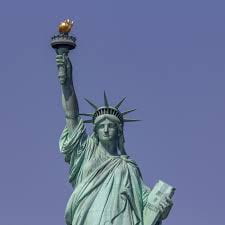 over 10 years and 300 different types of hammers. When the statue was first built it was the tallest Iron statue in the world. The torch she raises is golden on the top and aqua on the bottom. Her crown has seven spikes for the seven continents and oceans. The Statue of Liberty gave France and the United States a peace treaty.

Another thing that made New York what it is today is the people that have lived there. An Important Person that lived there was John D. Rockefeller. John D. 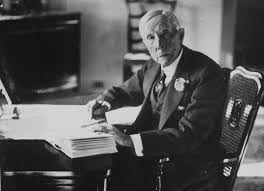 Rockefeller was born in Richford NY on July 8th, 1839. He is an American Business magnate. He was the most noticed because he started the Standard Oil company but that wasn’t his only job. In September 1855 at age 16 he became a bookkeeper after this he became part of the civil war service as a partner with Morse B Clark. It was not until after the Civil War that he created such a well known company. His Company made a lot of trade for New York. As well as changed how businesses are run. John D Rockefeller company was the first great U.S. business trust. He did this because his company was so big that it was the only company to provide oil. The problem was that this is considered a Monopoly. A Monopoly is when someone owns all of the supply of one Market. Since Rockefeller owned almost all of the Oil companies in the U.S. he was considered a Monopoly. Luckily he got away with it because he made Trusts in his company. 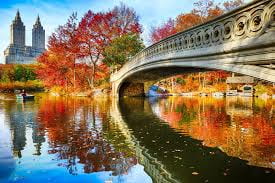 A Natural Wonder In New York is Central Park. Central Park is Located in Manhattan. By the 1840’s New York City had nearly no parks and by 1850 the people who were running for mayor were a part of the cause. 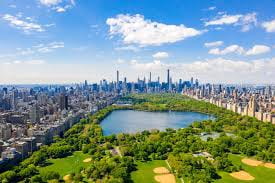 In 1851 the federal government hired Andrew Jackson Dawnings Firm to lay out the grounds to the Capital. But it was not until the year 1858 that the Park was open to the public. The park was designed by Frederick Law Olmsted and Calvert Vaux. This park gets many visitors and is known as a safe haven for the people of New York City.  Central park is 840 acres and there are 38 million visitors annually. If someone were to sell Central park now it would be worth 39 trillion dollars.

Not too far from Central Park though is one of the biggest plazas in the world. This plaza is known as Time Square. Time Square is filled with people, buildings and entertainment. It intersects Broadway and 7th Avenue. It is known for its theater and electronic billboards. Its early history was just a intersection that crossed Broadway, 42nd Street and 7th Avenue. But later on turned in to one of the most famous places in New York 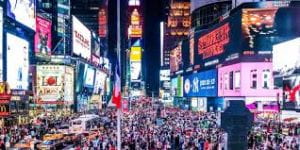 made the new year ball drop and they put electric  billboards up and then The New York Times put up the front page New Year’s Ball Drop. It became one of New York City’s most famous attractions.

Another famous celebrity, grew up on the neighborhood of Washington Heights New York, New York, and is my favorite Broadway actor, Lin Manuel Miranda. Born on January 16, 1980, in New York. This Puerto Rican man became one of the most accomplished and famous composer, singer, songwriter and actor in the world. He has won 3 Grammys, One Pulitzer Prize, 3 Obie’s, 3 Tonys One Kennedy Center Award for Best Musical, 2 Lucille Lortel Awards and that is just some of them. His first ever musical was In The Heights It won 2 Tonys and one Obie and a Drama Desk award. In 2008 he performed in front of Barack Obama Alexander Hamilton the song from his musical Hamilton. Right after he made a 14 minute musical called 21 Chump Street while he was working on Hamilton. Finally he released Hamilton in 2015 with such cast as Leslie Odom Jr, Phillipa Soo and Daveed Diggs. It also won 2 Obie’s, 1 Tony one Kennedy Center for Best Musical and 2 Lucille Lortel’s. Hamilton became a hit bringing home 11 awards.  You probably don’t know he won a grammy for writing for 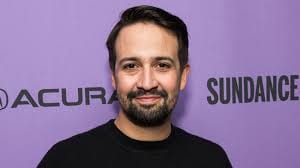 How Far I’ll Go from Disney’s Moana. He is currently known for playing Jack in Mary Poppins Returns. 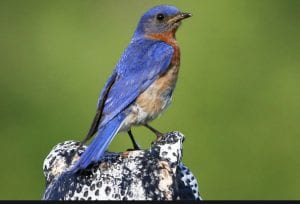 Also head up north to Niagara Falls. Also known as Canada Falls where you can see 3 big waterfalls and have a nice cool splash. The 3 waterfalls are The Horseshoe Falls, American Falls and Bridal Vell Falls. Niagara falls is vertically 174 feet. They are one of the national borders between America and Canada. Niagara Falls State Park is one of the oldest state parks in America. Cave of the winds is rebuilt every year located in Niagara Falls State Park. Niagara Falls is the tallest waterfall in the world. One of the oldest American flags is at Old Fort Niagara. Under an International treaty Niagara Falls water is used to makeHydro-Electric Power. You can stay at a waterfront hotel and see stunning views of the 3 waterfalls great for any sort of family vacation. Go see Niagara Falls if you like stunning views and waterfalls that is another reason that the empire state is so great.

Here is what my water park would look like.

Thank you mom and dad for teaching me about long division and a little bit more about standard algorithm. I hope you have an awesome summer maybe with me. I think about you every day. You are the greatest mom and dad ever. I hope that I cheer you up every day. I can’t wait for you and dad to be happy every single day. Even when I am cranky you love me. “The most loving things are parents” -Landon 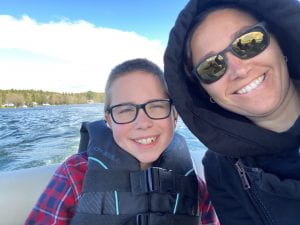 I like music. I dream of being on the stage with a piano right there beside me. Sometimes it is my guitar and I don’t know what to do but then I think of something to do (usually I sing a famous Zac Brown or Ed Sheeran song)  but it is never the same and the dream only lasts 5 minutes. That is why I am a smart caring loving music dreamer.